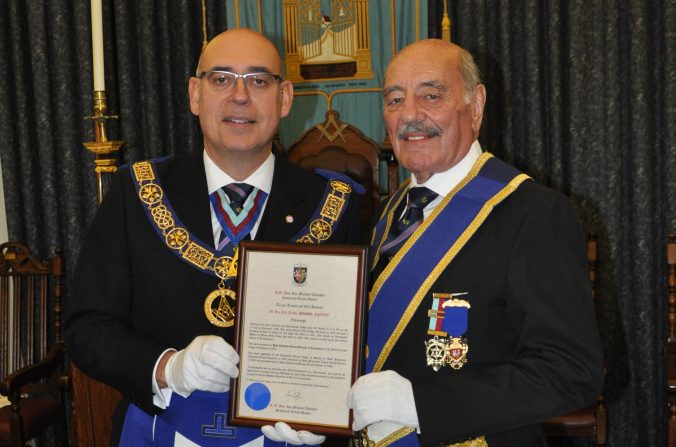 Visit by the Provincial Grand Master

On the 20th January 2018, Priory Gate Lodge celebrated its 50th Anniversary.  There to celebrate the occasion, as well as to present a 60 year Certificate to one of its members, was the RW Provincial Grand Master Ian M Chandler, accompanied by a number of Provincial Officers of the year.

The Provincial Grand Master was welcomed into the Lodge by the Worshipful Master, W.Bro. Richard Barwell, accepted the gavel and took the Chair for a few minutes.  He said how much he was looking forward to the afternoon proceedings and introduced those who had accompanied him.  After taking the minutes he vacated the Chair to allow the Worshipful Master to continue with the agenda.

The first item was to Pass Bro. Ranjit Sekhon to the Degree of a Fellowcraft.  This was done by the Worshipful Master in an excellent manner assisted by Bro. Hector Urali who presented the Second Degree Tracing Board in a faultless manner.  This was made even more special by the fact that Bro. Hector had only recently taken his Third Degree and was to be presented with his Grand Lodge Certificate later in the afternoon.

The RW Provincial Grand Master was then invited to present a Certificate to W.Bro. Eric Trodd to mark his 60 years in Freemasonry.  The Provincial Grand Master first spoke about Eric the man and then highlighted the key point in Eric’s very distinguished Masonic career.  He said that Eric was in most, if not all, Masonic Orders and had achieved high office in most of them.  Eric is a very well respected Mason, which was evident from the number of Brethren present to see him receive his presentation, including some Present and Past Provincial Executive of many Orders in Freemasonry.

The RW Provincial Grand Master was then invited to present Grand Lodge Certificates to four Brethren, Bros. Hecter Urali, Mark Malone, Paul Day and Christopher Langwade.  This he did in his very informative and personable way.

The next item on the agenda was to receive a history of the 50 years since the Consecration of Priory Gate Lodge in January 1968.  This was presented by W.Bro. Terry Barwell, the Worshipful Master’s father.

After a very busy but most enjoyable afternoon the Brethren of Priory Gate Lodge and their many guests retired to the bar for a well earned drink before sitting down to a splendid Festive Board at the Masonic Hall, Chertsey.

Article and photos by Chris Eley 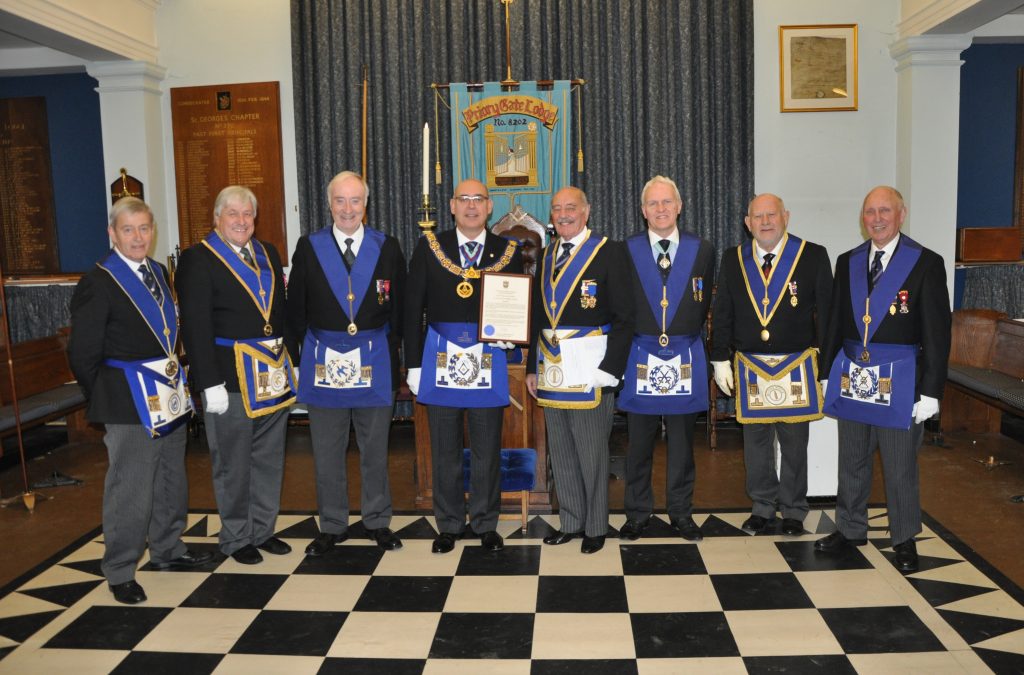 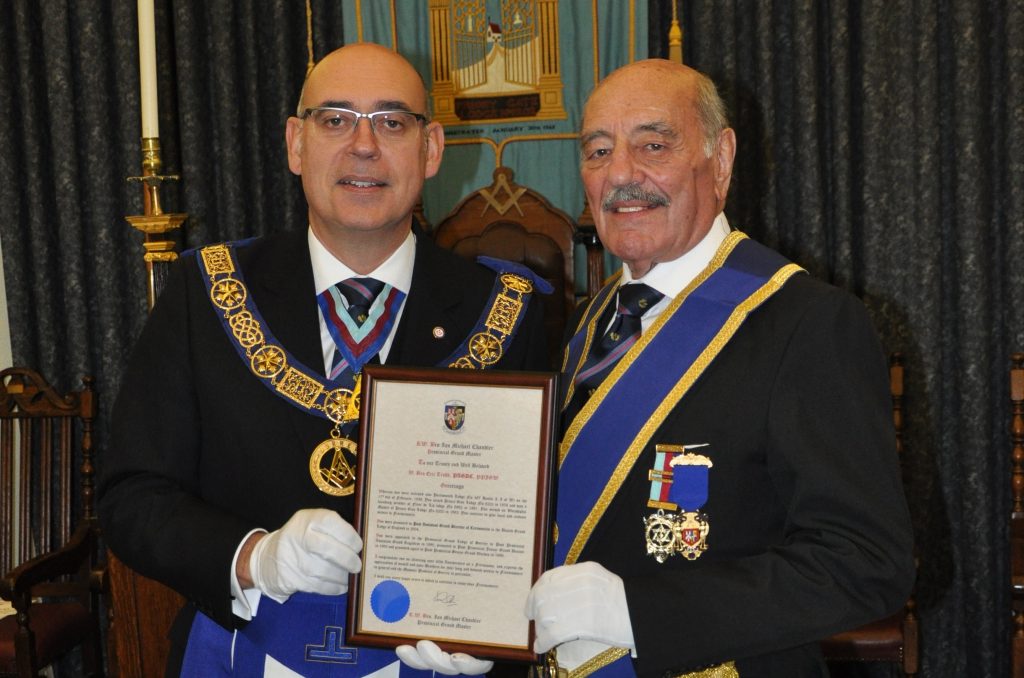 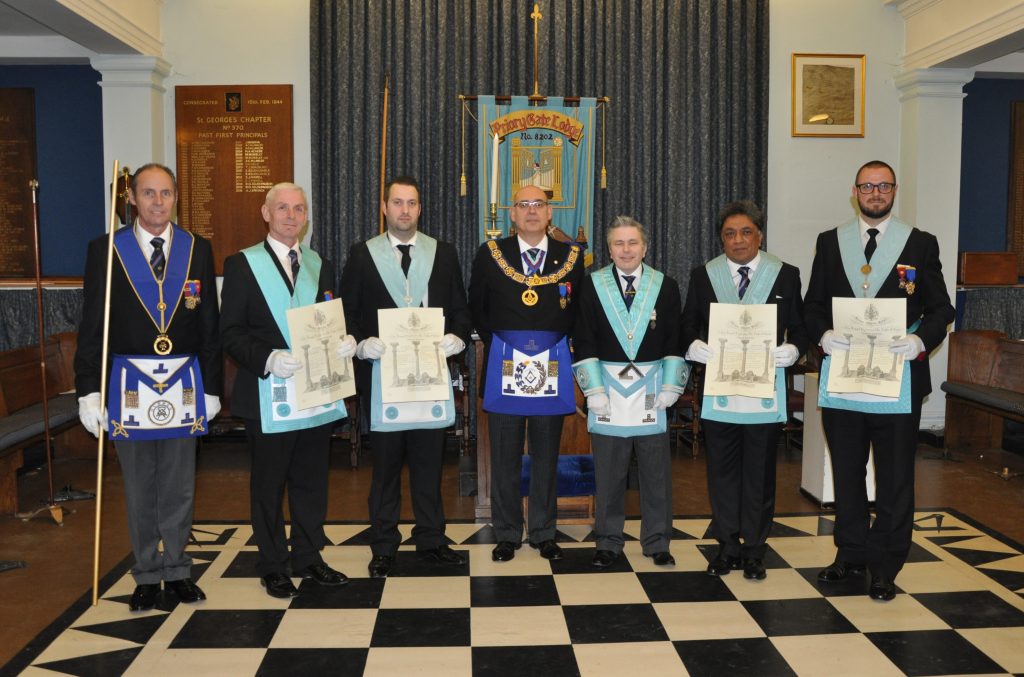 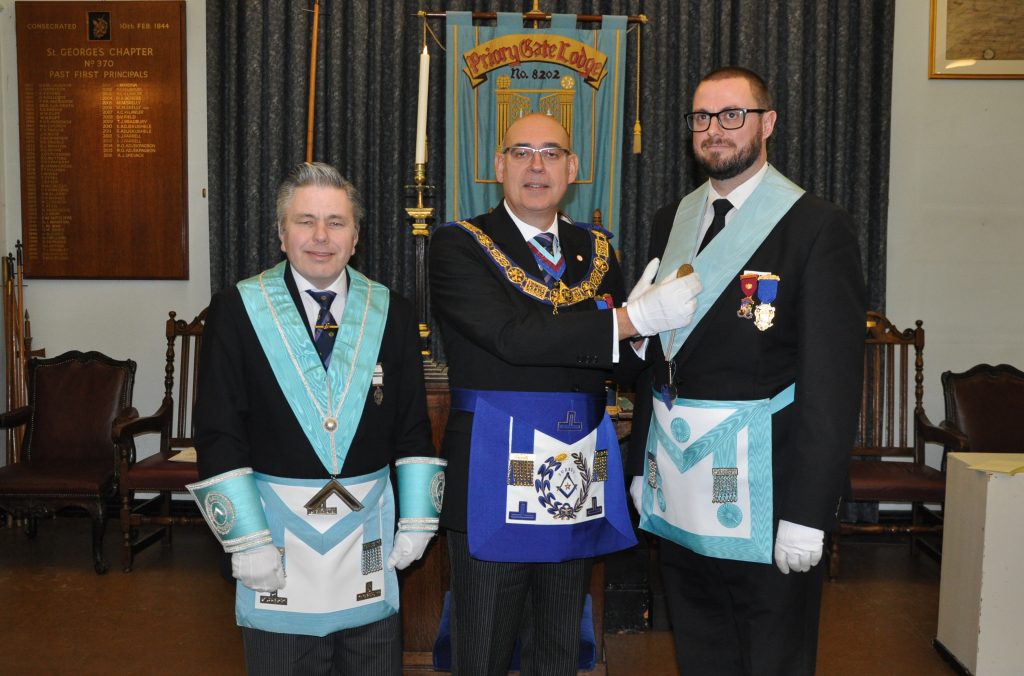 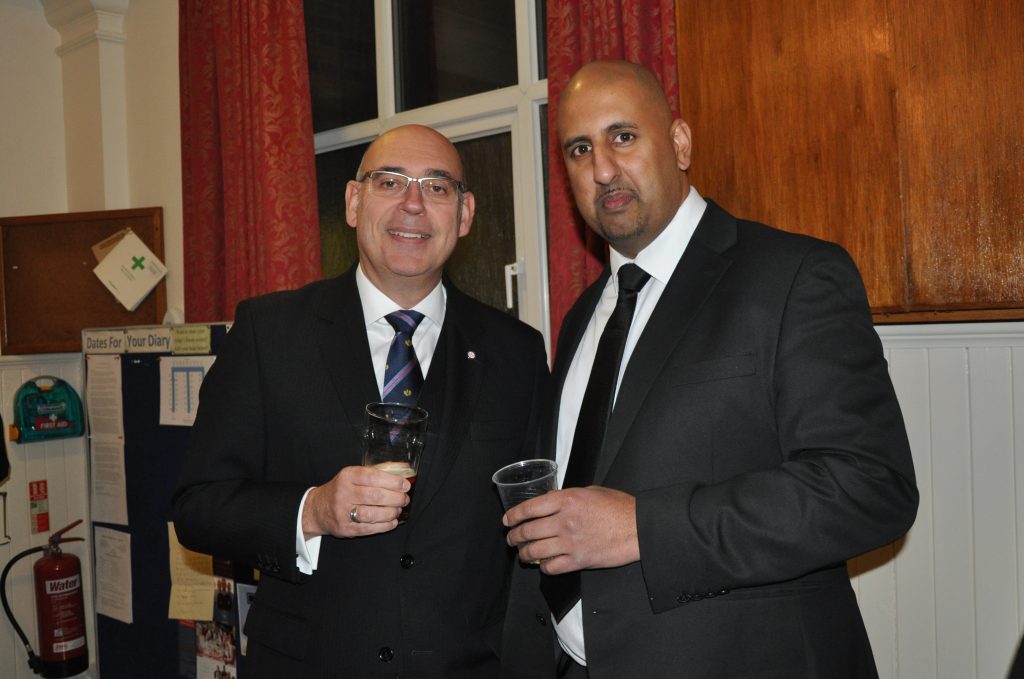 RW PGM with Bro. Ranjit Sekhon after his Passing 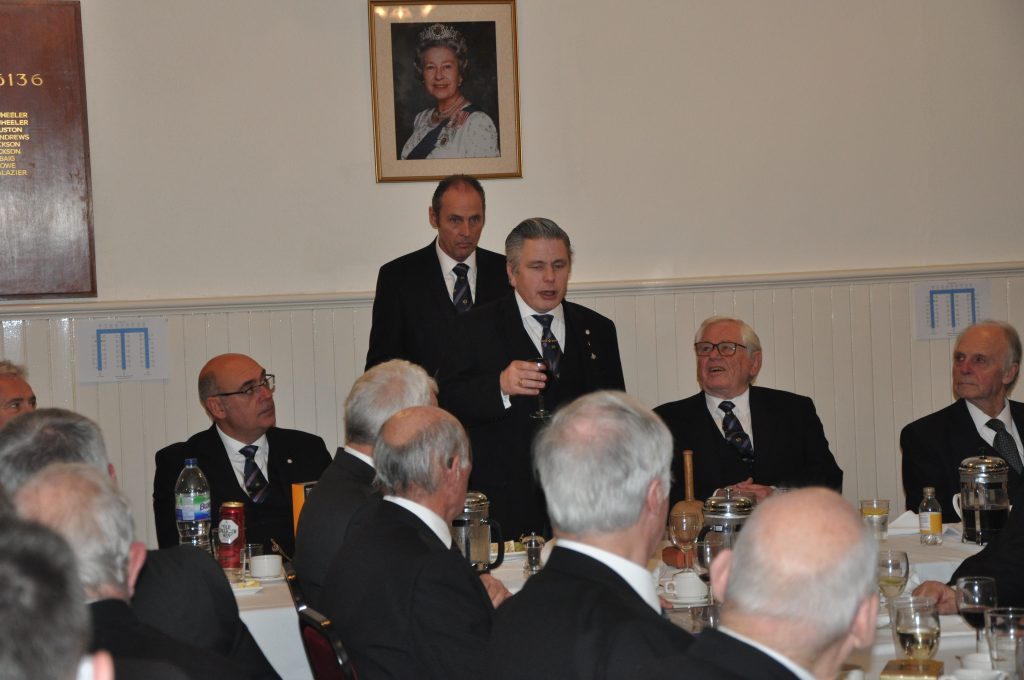 The WM addresses the assembled Brethren