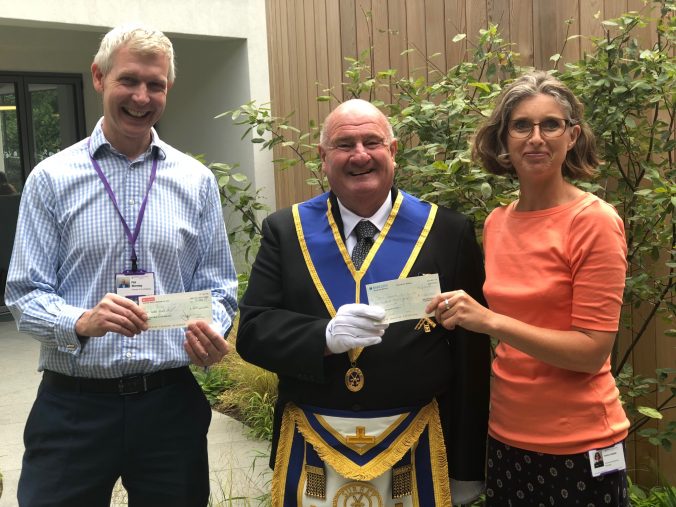 When John Nash, father-in-law of our Almoner W.Bro. Colin Paice, was suddenly taken ill with terminal cancer, he was admitted to Woking’s Sam Bere & Woking Hospice where he sadly died on 17th April 2018. The family felt that the care that John had received until his passing was superb and as a result wanted to raise funds for the Hospice.

On 11th July, Colin, his wife Kay and other members of the Nash family presented a cheque for £2068.50 to staff at the Hospice.