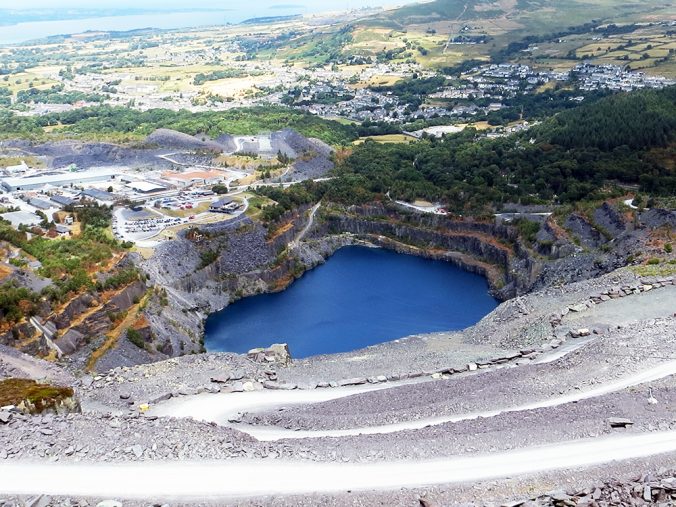 In mid July 2018, three moderately lunatic Past Masters decided to join the Surrey Provincial Team and throw themselves off the top of a Welsh slate quarry  in aid of our 2019 RMBI Festival.

60 ‘Zippers’ were recruited, press-ganged or otherwise bribed into taking part including W.Bro. Brian Penfold and W.Bro. Nick Tyrrell who were amongst the early volunteers after receiving W.Bro. Terry Owens’ ‘Are you up for this ?‘ email.
(We really should know better by now…..).

W.Bro. Richard Little was a very welcome late substitute for W.Bro Werner Stroud who was tied up in Poland supporting the British Gliding Team.

Thanks to the generosity of the Brethren of Priory Gate Lodge, the team raised £775.00 to which was added a further 20% of GIFT AID.

The day was preceded by a welcome dinner for 90 guests hosted by the Provincial Grand Master RW.Bro. Ian Chandler who announced that the event had raised over £35,000 towards our £3,250,000 target for the 2019 RMBI Festival

The weather was fabulous – part of the long hot Summer of 2018 which was a marked contrast to 2015 when W.Bros. Brian and Nick were previously in Snowdonia with the Provincial Team for the Snowdon Challenge charity walk. That day saw summit temperatures below freezing and winds of 60+ knots in mid July. 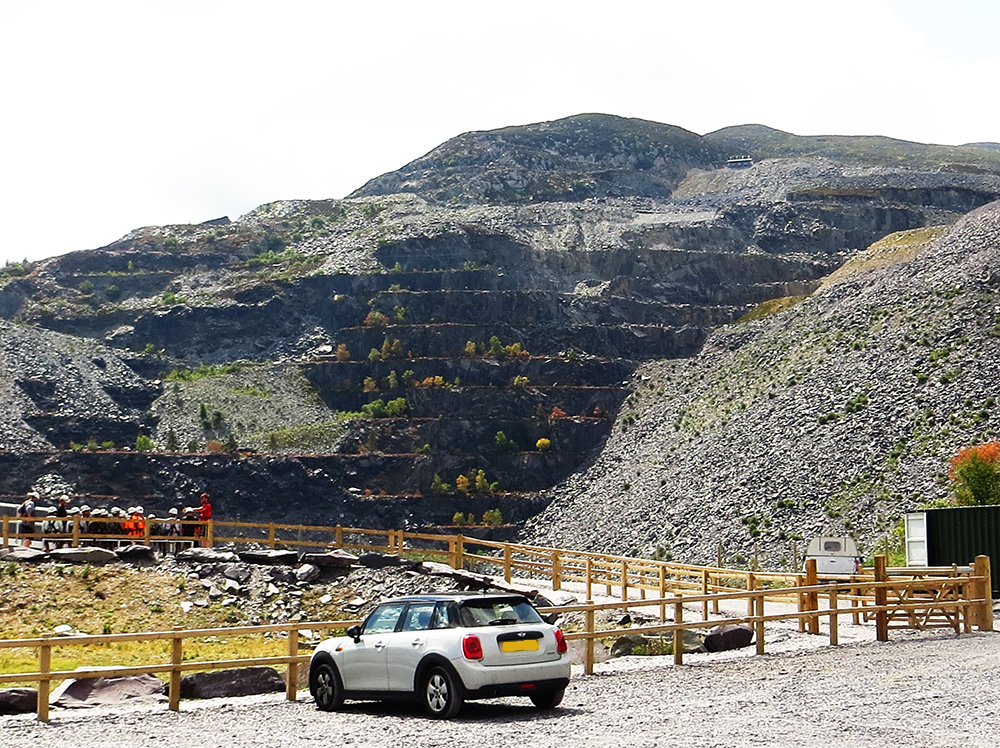 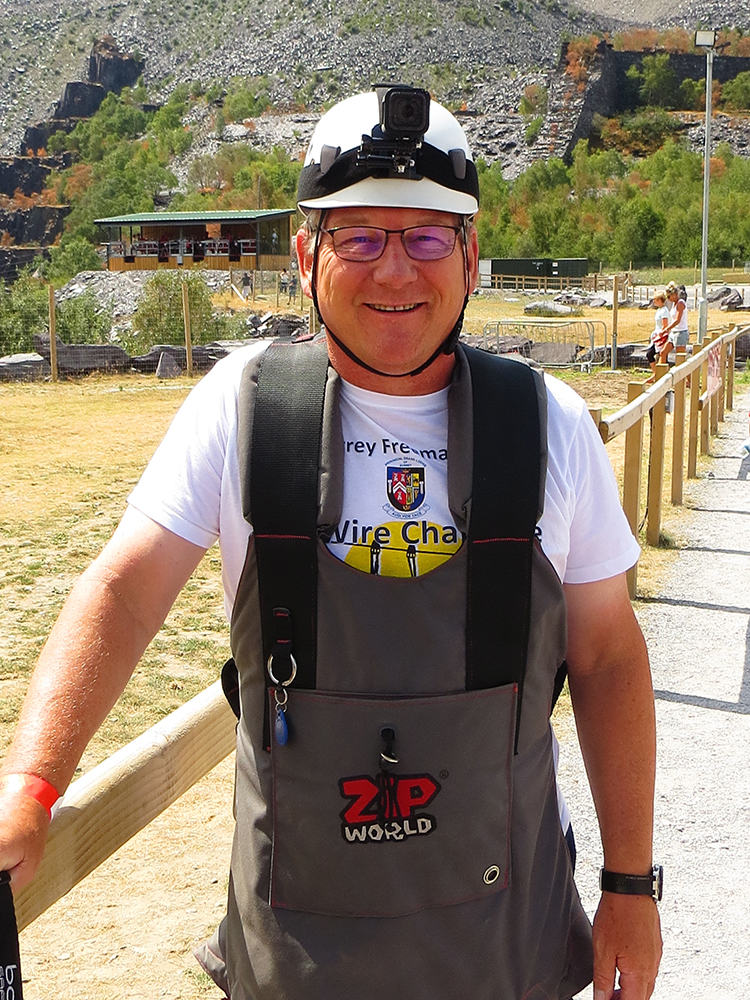 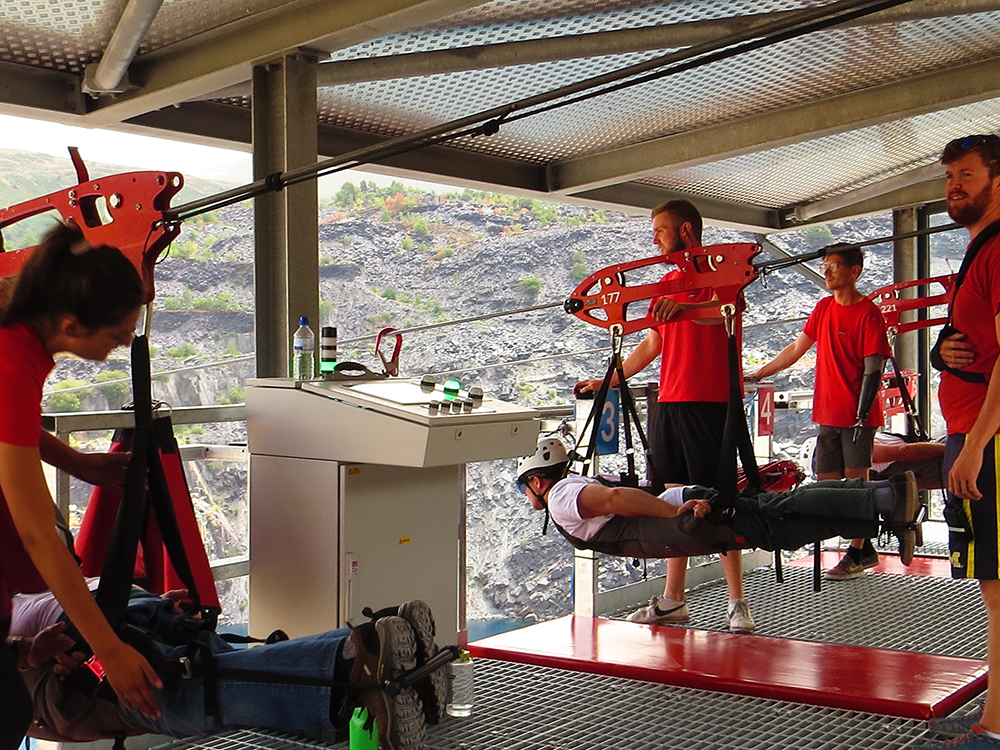 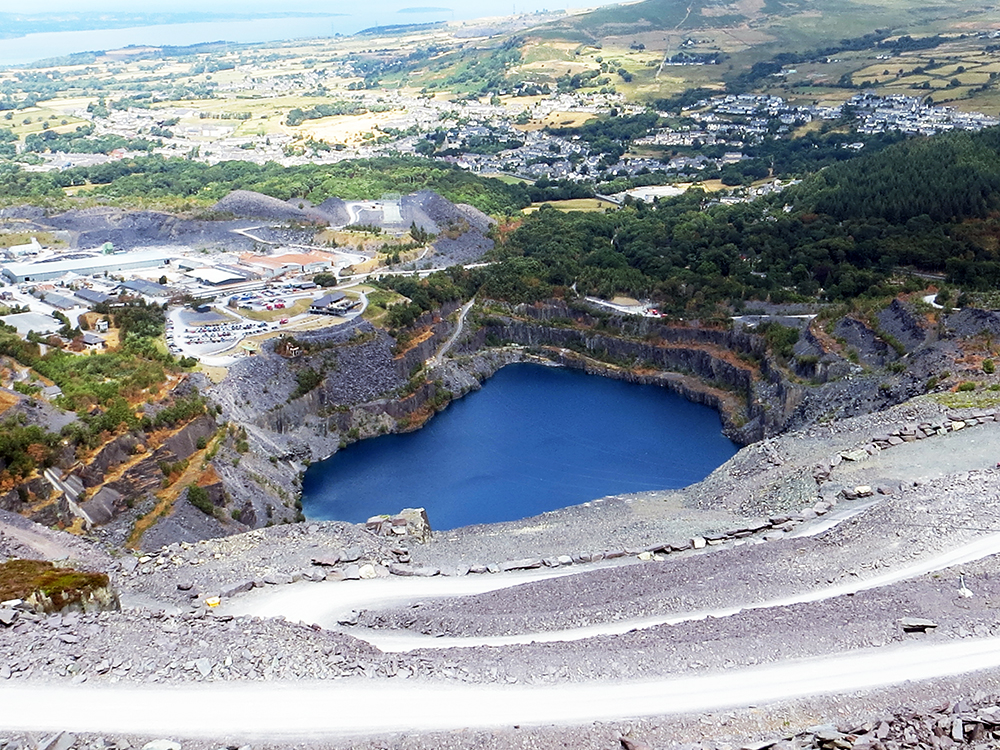 No going back now….

If you click on the Zip World image and look at the top third, you will see a tiny building high up on the escarpment – that’s the starting point. The view from the top is staggering if a little daunting…

The Zip World Team are very professional. The guys and girls really know what they are doing and kitting up is calm and friendly but taken very seriously with multiple cross checks. Safety is paramount and it showed, as did the level of investment – they have some very serious kit up here.

Once kitted up in your ‘flying suit’, you are given your first taster of the big wire on a ‘nursery slope’. Fairly pedestrian compared to the 100 mph ‘big wires’. However on ‘landing’ the deceleration from 60+ mph to a dead stop in less than 2 seconds is explosive.

After the nursery slope anyone who wants to bail out can – no one did – and so off on a 15 min very bumpy truck ride up to the top of the slate mountain.

The view from the top is awesome. Then it’s onto the cradles, with a drogue chute for the ‘heavies’ to balance the speeds and loading on the wires. 1,2,3 and off into oblivion….

The initial ground rush over the quarry edge is just staggering and then into the void as you pass over the quarry lake. At this stage you think you’ve slowed right down as you’ve lost all reference points but you are in fact still travelling at well over 100 mph.

Then a low approach and short finals onto the ‘runway’ and a not quite so rapid deceleration. 70 seconds of huge, huge fun and you’re done. Back to the dispersal hut for tea and medals.